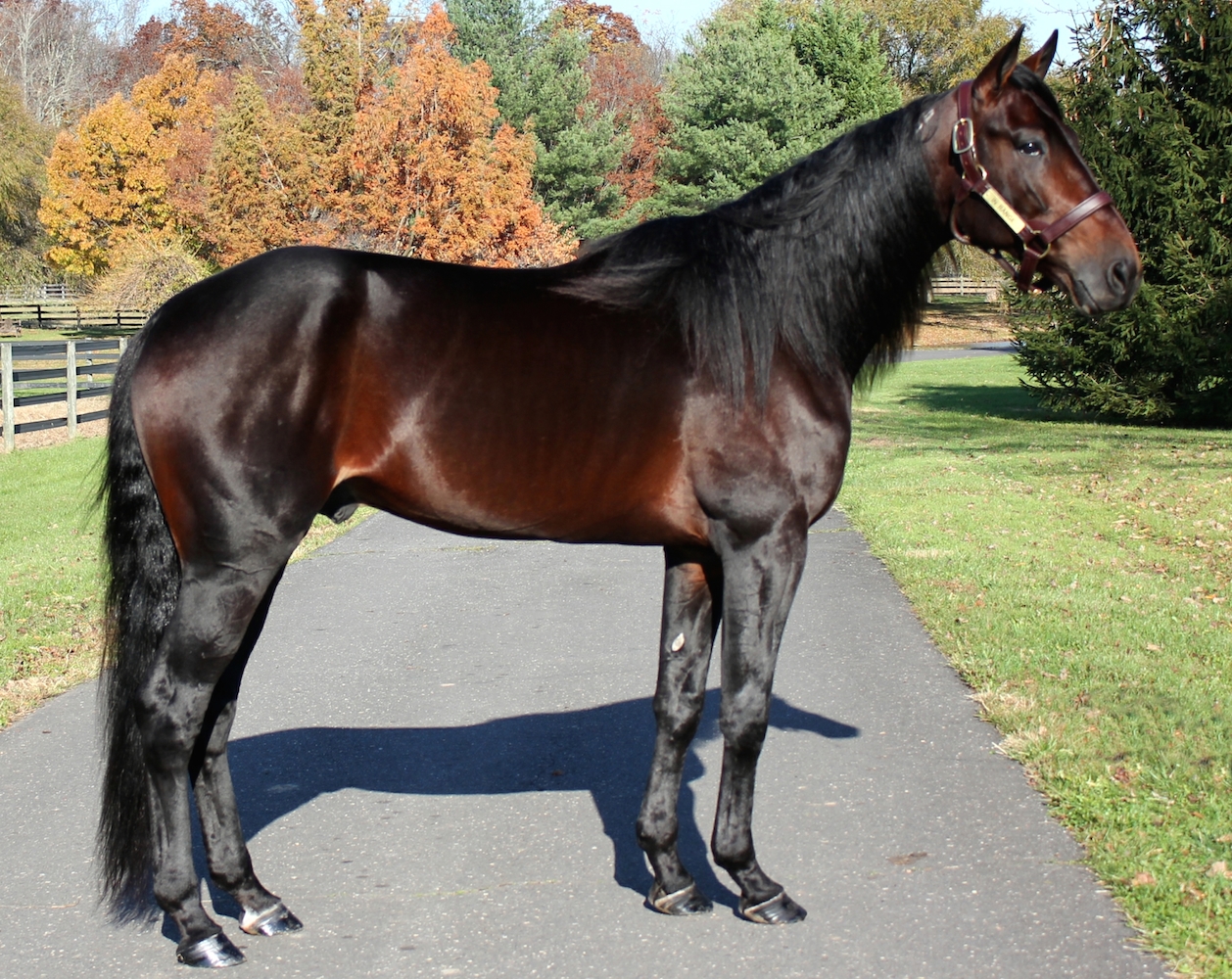 In Range checks all boxes as a breeding stallion.
Early speed, outstanding race card, pedigree of the highest class, charisma and attitude that can give a positive result for almost every broodmare.

In Range, with Muscle Hill as grandfather and out of  Ilia which also have produced stallion Long Tom, as well as Tight Lines with 625,000 dollars in earnings!