MISTER J.P. went undefeated through his two-year-old season with victories including Svensk Uppfödningslöpning (GR I) and Breeders Course (on a new Swedish record). He was appointed after the season to The 2-year old of the year.

MISTER J.P. won at three the Jägersros Stora Treåringspris, and one of the eliminations to the Svenskt Travkriterium. In the final, he finished third.

MISTER J.P. have with his performances shown early speed and talent. He has competed in the toughest competition over both short and long distance. He is a winner in 10 out of 13 starts.

MISTER J.P.'s father Taurus Dream belonged to the best racehorses in his racing carrier and as a stallion, with few offspring in North America, he has produced very well. Among his offsrpngs are Crys Dream (€ 799,703) "The best 2 year old trotter" in Canada.

The maternal line goes down to the 4th mother Slave and from from that motherliine comes stallions as Atlas the Joudes, Gogo, Pine Chip Wood, Dance Marathon and Montecatini. 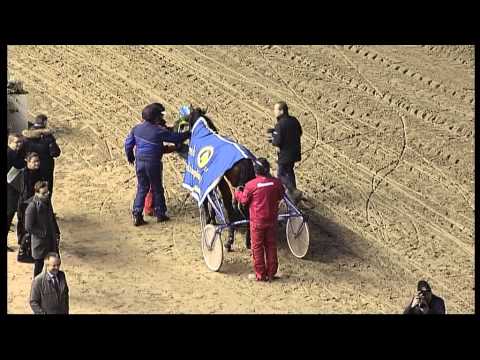